Judging by the number of people who have liked my FB page recently, this title will go straight to their hearts. Yes, I like soldiers, but, as I have said on many, many occasions, this does NOT mean I stand on street corners near barracks swinging a handbag and asking passing squaddies if they are looking for company, it means I feel a deep respect for those who put on a uniform in defence of their home and a deeper respect for their courage in being willingly doing so.

My first “date” was inevitably with the likes of Harry Smith, Johnny Kincaid and Sir Arthur Wellesley, you can’t be a teenage girl, read all those Regency Romances without wondering why all those young men went off to “The Peninsula,” …well I suppose you could, but I’m not made like that, I read and I read and I read, so when I met my husband and we had our first date and he found not only did I know about Elizabeth Longford’s “Wellington : The Years of the Sword”, but I’d read it and could talk. without sounding like an idiot, on the Napoleonic Wars, he tells me he was hooked. I think we knew we were made for each other even before we had agreed on the superiority of square over column, although it might all have fallen when he kept referring to my beloved Rifle Brigade as “cocky little bastards in green uniforms”. He still does it and I grit my teeth.

So we got married and I learned more than I wanted to know about “The War of the Spanish Succession” , but never enough about The H.E.I.C and The Indian Army. In time I came to write stuff and inevitably soldiers became a part of much of what I wrote, even the paranormal stories, which my adoring family refer to as “Ma’s weird stuff”…seriously,  eleven hours in labour and this is the respect you get. My  lady occult detective, Mrs Lillicrop” is the wife of an Indian Army officer, even though no-one yet knows what has happened to Major Lillicrop, maybe I’ll tell you one of these days.

I wrote a book called “Jabin” which is stuffed with soldiers. It is currently out of print, but I will get around to re-publishing it soon. Amazon frightens the life out of me and I need to build myself up to the trauma of adding a book, it always ends with me in tears and wailing for help from several long suffering friends.

However,,,should you feel like seeing if I can handle the military successfully, may I point you in the direction of “The Lord of the Faran Hills“, a tale of muskets and mercenaries.

I am currently working on a new Mrs Lillicrop story and at the back of my mind there is brewing a new book, Time will no doubt bring both to the front if this irritating fatigue lets up, it is one of my the main bug bears of the embuggerance, this feeling of being sand bagged every now any again, however, we will not allow it to stop the advance.

To my astonishment and enormous delight, several people have enjoyed “Mrs Lillicrop Investigates” and it is possible the story will see the light of publication in the not to distant future. More later.

It has inspired me to write another tale about my lady occult detective. It is very much work in progress, but the working title is “Mrs Lillicrop Goes to Scotland.” The cast of characters so far includes a handsome laird, a nervous wife, a difficult mother-in-law and batty sister-in-law in need of a good slap, several manifestations of a disruptive nature and a very drafty castle. Add over cooked venison, under cooked mutton, porridge, lashing of single malt and some shortbread and all the components of the occult are present.

Why Scotland I hear you cry…okay I don’t, but bear with me I’m in composition mode and its hard to turn it off. Two reasons…first,  my BFF has just up sticks from Kent and the roar of planes overhead for the tranquil beauties of Argyll and sea loch views. She tells me she is still getting used to the lack of noise, except for when the dog considers it is his duty to bark at all passing boats in case they are carrying invaders.

And second, because I fell in love with the Highlands when we visited a few years ago and I wanted to set a story there. And this is in spite of nearly being killed by a gentleman who’d had a liquid breakfast and decided to sleep it off while driving along the A96 straight at me. We left our written off car at a garage by Culloden, which some how seemed appropriate.

Even this excitement didn’t put me off and I really wanted to write something set in this beautiful land, but until now, nothing came to mind. I admit that Fara in “The Lord of the Farans Hills” is a thinly disguised Scotland, but it isn’t the real thing.

Its not just the beauties of the Scots scenery which calls to me, it is tradition and one particular tradition more than any other. More years ago than I like to remember, I married a military historian and got corrupted by The British Army. I was a little corrupted already, having been seduced by Regency Romances into reading up on the Peninsula War and falling for such characters as Johnny Kincaid, Sir John Moore and Harry Smith…there will now be a brief pause while I and the previously mentioned military historian who is reading this over my shoulder have our usual fight over what he has the audacity to call “a bunch of cocky little bastards in green jackets” and I call my beloved Rifle Brigade…hang on, there maybe hitting.

Back to Scotland…you can guess where I’m going, all those glorious regiments with their wonderful names…The Black Watch, The Gordons, The Cameronians etc etc.

Someone once asked me if I was going into battle (please god it never happens, read military history, it will make you a pacifist faster than anything else) who would I want surrounding me. Membership of my army has changed over the years, but one choice always remains, I want Highlanders in front.

Who goes on the right and left flank…go for it Macaulay!

A Ramnian proud was he:

“Lo, I will stand at thy right hand,

And out spake strong Herminius,—

Of Titian blood was he:

“I will abide on thy left side,

I’d apologise for that if I had any restraint or a grain of conscience.

So who will be on the flanks or even bringing up the rear? My adored Rifles, any regiment of Sikhs or Gurkhas you care to name and the Brigade of Guards…all of them, we aren’t doing this by halves. With a Highland regiment advancing, pipes sounding, I think there would be a good chance of surviving the day.

The Highlands, the mountains and the lochs, the forests and the heather, it is one of the most beautiful places on Earth and if you have never seen it, you should. Robert Burns said “My heart’s in the Highlands, my heart is not here,” and English as I am through and through, I think he might have been right. 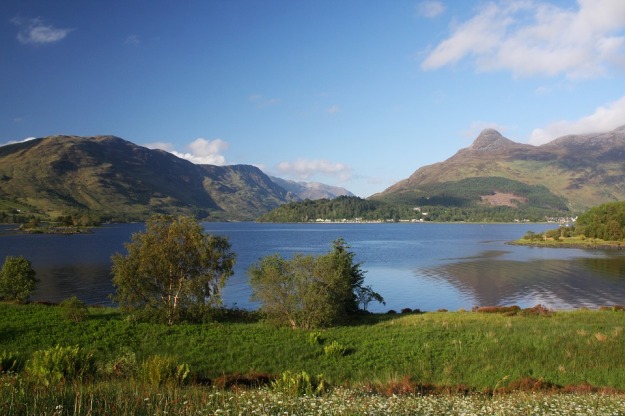 Today I come to a controversial subject and one which divides people like no other…bagpipes.

Once upon a time someone thought “Its a pity to waste this animal’s stomach, why don’t we shove a couple of hollow reeds in it and see if we can make a noise” And so the bagpipe was born and I bet my last chocolate biscuit people have been arguing about the resulting sound ever since.

As far as I can see they come in two types, one where the bag is inflated by pumping and the other by blowing. My eldest goddaughter (Hi Lyndz) playing Northumberland pipes where she inflates the bag by means of some sort of bellows she works under one arm…don’t ask me for details, I can’t carry a tune in a bucket, but I have enormous respect for anyone who can make music.

On the other hand, Scots and Irish pipes are inflated by the pipers blowing into the bag.

Either way, the music comes when the air is squeezed out of the tubes. That the full extent of my grasp of the technical details.

How either of them manage to squeeze, blow and run their fingers up and down the holes in the reeds is a mystery to me, but thank god they can, because I love both versions, it sends shivers down my spine and brings a lump to my throat. I will admit I prefer Northumberland pipes in a confines space as the other sort can make the wax in your ears melt if they are played close by.

My Faran mercenaries love the sound of the pipes with one single exception. Stopping his pipers play is on of Lord Darach’s chief objects in life and as he is the boss, he gets his own way much of the times, but even he can’t stop them all the time.

“The Lord of the Faran Hills”

“The Lord of the Faran Hills” is now live on Amazon.

The soldiers in the book are mercenaries, but before you recoil in horror, its worth remembering not all soldiers of fortune are without merit.

Our own much loved Brigade of Gurkhas are technically mercenaries, they are foreign nationals we employ to fight for us and they are the pattern of honourable service I used for my troops.

Farans might fight because they are paid to fight, but that is all they do, they don’t turn on the civilian population causing as much or even more misery than the supposed enemy, unlike the many examples who ravaged Europe during the 14th and 15thC.

When fighting is your profession, you obviously take a keen interest in developments in the tools of your trade. At the beginning of the book Lord Darach and his men rely on swords, crossbows and the pike, they know about “gonnes”, they just aren’t convinced about their reliability or flexibility, but when offered the advancement of the musket, they will be among the first of their kind to exploit its potential.

I am very pleased to say my next book “The Lord of the Faran Hills” will be available on Amazon Kindle in the next few days (possibly hours).

“When Aulay Fitzgellis allowed himself to be talked into rebellion against his brother the king, it never cross his mind he might not win.

Now the only thing keeping his head on his shoulders is the leader of the mercenaries who defeated him.

Lord Darach of the Faran Hills is willing to save Aulay, but he also has a few other things on his mind, there’s the possibilities of a new weapon called a “musket” and there’s also the problem of stopping the bagpipers from assaulting his ears with their so called music.”

I’ve had a lot of fun writing this, loads of research on muskets and how an army works on the march. I also got to play a wargame while I worked out how a siege. I must thank my lovely husband for the loan of his model castle – yes, -I know I moaned like hell when you monopolised the dining room table while you were building it, but I didn’t know then how useful it was going to be.

If you give the book a try, let me know what you think, I love to hear from readers.

On Amazon and KU